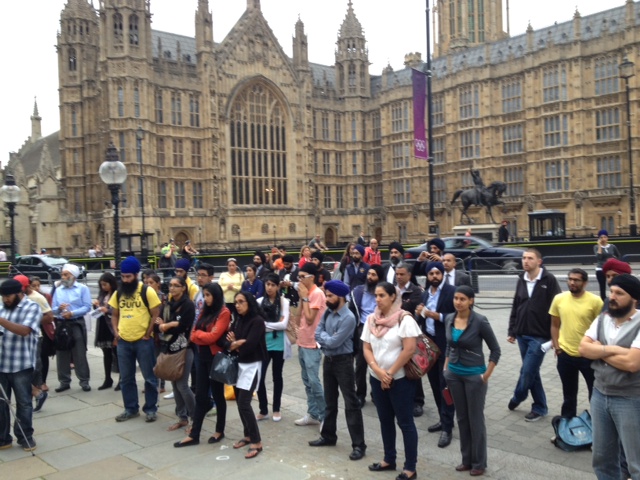 Here is an extract from the MC and speech that I gave last night. The purpose of the event, organised by volunteers and Khalsa Aid was to assure a peaceful and meaningful time for reflection and both sympathy and empathy from representatives from different religions.

16th August 2012 6pm-8pm outside the Houses of Parliament

The theme is to assure a peaceful and meaningful event from representatives from different religions. Sharing with the world an empathy, re: the Oak Creek shootings / tragedy.

Its hard to put into words the emotion one feels when you hear any sad news. In this case the lives were wasted by one ignorant act, one ignorant soul.  Its also easy to suggest that there could have been preventative strategies. Sorry, I disagree as the gun laws create a sense of random ownership and irresponsibility. 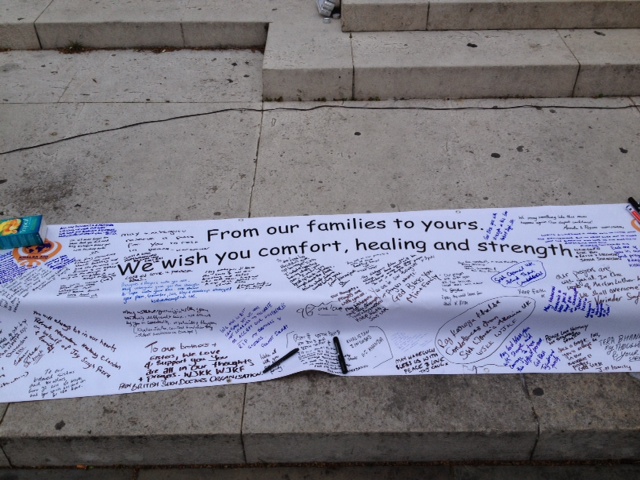 If we track back to how Sikhs are perceived, I can blame the media for misrepresenting us as a race, people, religion and our humanitarian work. Sikhs have always defended the defenseless over the years, whether it be through following a path of equality or destroying caste and those bound in rituals. Our faith has strong values and as a people we stand for honesty, integrity and Sarbat da bhala – Its a term which means “may everyone be blessed” or “may good come to all”.

Its also term from an important part of the Sikh prayer called the Ardas. This term forms an important part of Sikh philosophy. The term establishes a new precedence set by the Sikh Gurus – It binds the Sikh to ask for the “wellbeing of everyone in the world”. In establishing this concept, the Gurus have set a new standard for the Sikhs – not only should the Sikhs pray for their own well-being but also need to ask for the blessing of “all the peoples of the world”.

We’re grateful to the following speakers who have given up their time and energy to come and speak, inspire and give us words of hope today.

I also gave a short speech on the need for us to take ownership of the media through positive stories and using the power of social media. Only then can we all be treated as equals and stop these atrocities happening.