Oak Creek Shootings – The role of media to help us all 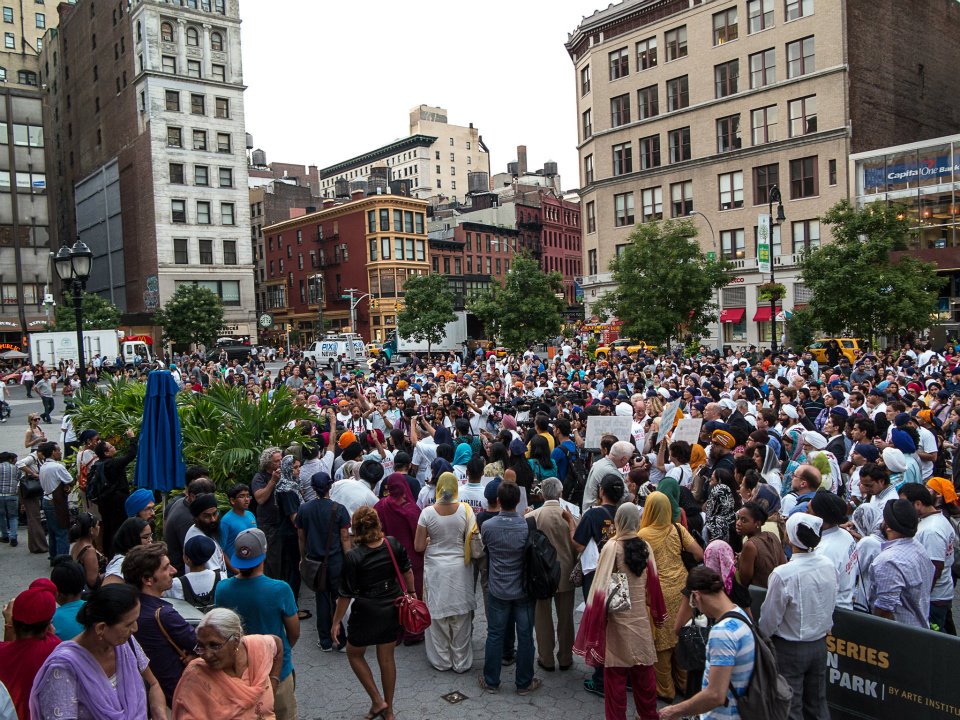 It has been a few days now of what could be described as limited media coverage, from a UK perspective of the Oak Creek Shooting that resulted in 7 deaths by a shooter that entered a place of worship.

On Monday night, traditionally peak news viewing time the BBC presented less than 20seconds of coverage before launching into the latest round-up of Olympic GB wins. NB earlier in the day its website did feature some online inches.

Globally the feeling in the Sikh community is visibly one of shock and dismay. The killing of 7 people inside a place of worship by a ex army solider adds to the continuing debate of why guns are so widely available.

I’ve watched and monitored from the sidelines, viewing Facebook messages of support and prayer for those who have been affected. I’ve tuned into twitterfeeds that have linked to CNN and videos of people trying to communicate who Sikhs are. Valerie Kaur’s piece provided a retrospective on how her grandfather had emigrated to the US over a century ago – It is an inspiring piece. I also read a post by Naujawani suggesting that the reason for the low media pick-up on the story is due to the lack of integration in today’s society. My reaction is that it takes two to tango and that it is not through lack of trying, although I agree that more could be done to subtly communicate the values that we share.

I too share the dismay of the families who one day went to seek a meditative environment but were left with a nightmare that will never truly fade. They will continue to find answers as to why it happened and unfortunately relive the seconds, minutes and hours of each death. This morning I saw some amazing Twitpics of the NYC candlelight vigil held on Wednesday night, showing we can unite to share in grief but also offer hope.We pray for them, their spirit will live on.

Why has there been poor reporting about this tragedy?
I really want to understand why the press coverage has been so poor. Sure, in the US we’ve seen CNN cover the issue but correct me if I’m wrong, its not made it to a global news platform. I really don’t want to go down the path of suggesting that its a race thing or even that one life is considered more important than others. I hark back to a 45 minute presentation by veteran anchor man, Jon Snow of Channel 4 news. He suggested that its not about the background of the person presenting the news but its about who gives the go ahead for featured editorials. I think we all know what is the background of the latter club is.

My conclusion is that it is down to pure ignorance nothing more. Not just about who Sikhs are but the wider issue of gun control/ownership, identifying potential threats, creating a more caring society and the potential to  generate mutual respect through creative and positive media content.

A call for Media take-over
Positive Media is the easiest weapon against perpetrators of hate driven individuals and groups.
Although social media allows us to giggle at each other, we need to stop being passive and become a tidal wave or flood of information. As I’ve said in the past and continue to repeat:

Unless we create media of our own, somebody else will tell our story.

The truth will prevail.
We can also all have access to a free blog that life-streams our thoughts and for those who  don’t want to be tracked online, they can contribute to local newsletters and press. Its all about communicating the good in all, for example: art, literature, history, heritage, values, global contribution and our values in defending the defenseless.

I’ve set up a citizen journalist site: http://sikhwithin.crowdmap.com – Here, anyone in the world can send in a story. We need to challenge the current media obsession with trival stories and get them to rely on people bringing the true issues to bare. The 21st century has given us tools to help us communicate, mobilize and take action.

Whatever method, we all have a part to play to tell the world that there are good people out there and there are people in need of help before they become evil. Humanitarian stories will create a positive and respective image for all.

‹ Preview to The London 2012 Olympic Games – In search of positivity
How much is an Olympic 2012 ticket worth to you? ›